The first thing you should know about Ariana Brown’s debut poetry book, SANA SANA, is that I could not stop crying, from start to finish. She definitely succeeds in holding the reader, and most importantly, holding herself as the author.

Ariana has been featured in PBS, Huffington Post, For Harriet, Remzcla, Muzzle, and performed in spaces such as the San Antonio Guadalupe Theater, Tucson Poetry Festival, and the San Francisco Opera Theatre. She performs at universities, has curriculum available for specific poems, and she even has a music video out for her poem “Ode to Thrift Stores.”

So it was only natural for her to turn her poetic artwork into a physical collection.

In her poem “Odisea (for Ozuna)” she writes, “It was years before I wrote poems about loving myself, / but they come so easy now.”

SANA SANA is a poetry collection of Black Mexican girlhood, queerness, reclamation of identity and autonomy in a capitalistic and racist world, and self-love.

Media representation and the plethora of examples of colonization and white supremacy from the beginning of time display a consistent form of erasure of Blackness when depicting Latinx culture.

We as people of color have the absolute right to critique whiteness and how it negatively impacts us.

Brown masterfully highlights the impact of this harm by explaining this in her opening poem “23” in the lines, “I don’t know / how to call myself Black in Spanish / without it being an insult” as well as her poem “Dear White Girls in My Spanish Class” through the lines, “Let me be clear. / Spanish was given to my people / at the end of a sword… Spanish is not my native tongue. / English isn’t either. The languages I speak / are bursting with blood, but they are all I have.”

Ariana Brown does an amazing job emphasizing resiliency and survival among Black people in her poem “Cumbia.” The root of cumbia is through slaves in Colombia inventing it because of their inability to lift their feet while in chains. There is joy in the act of dancing, and to dance is “to make freedom/where there isn’t one.”

We as people of color have the absolute right to critique whiteness and how it negatively impacts us. And the author is able to do that without making whiteness the center of her narrative.

In Brown’s poems “Instead” and “Supremacy,” she refuses to make her book more palatable for white readers by making her critique of them the center of the flow of her poems. She talks about the preferential treatment of white women while making sure that the focus is on how Black women’s narratives are to be at the center after not including them for so long.

Finding yourself within the context of the color of your skin as a person of color is very different from coming into your sexuality as a queer person, and one of the most precious things that stood out to me in this collection is how this poet learns to love herself as a Black woman because of her love for another Black woman in “Myself, First.”

Everyone’s self-discovery with gender and sexuality varies, and it feels good to read this form of it as a queer non-binary woman.

Finding yourself within the context of the color of your skin as a person of color is very different from coming into your sexuality as a queer person.

Reading SANA SANA and being exposed to Ariana’s work in general always moves me to tears because I have permission to be comfortable in my skin and in my body. In my Black and Queer body, more specifically. 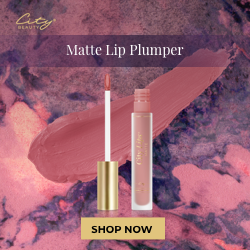 Reading this book will make Black people feel comforted in how amidst living in this shitty world, being with your people will support you in your living and thriving; “I have never needed a country to love me—just Black people.”

SANA SANA is released and available to purchase here at Game Over Books. Planning a baby? These 11 steps will help you with baby budgeting
Mrinalini Sundar