‘Tis the season to be jolly.

Christmas markets and beautifully decorated trees light up cities all over the world, children everywhere are jittery with the anticipation of Santa Claus making a stop at their house to leave presents under the tree in their living room, and thousands of adults let their festive fantasies come alive.

Though Santa Claus is most commonly associated with innocence and childhood – milk and cookies, brightly wrapped gifts with large bows, and Christmas spirit – people and popular media have been sexualizing old St. Nick for decades.

Having spent some time digging on the internet and speaking to friends, I have concluded that in some ways, it all makes sense. Father Christmas is a pretty dominant character, who is apparently all-knowing and will either reward or punish you based on his judgment of your behavior.

The whole “naughty or nice” thing is sexual in nature because it plays into people’s inherent desire for control and/or submission.

In a BBC Three interview, sex and relationship expert Clarissa Bloom poses that the fact that Santa is so closely interlinked with childhood memories sets him up as a sort of paternal character. It’s a pretty Freudian angle, but all things considered, I guess one can see why some people would view Santa as the ultimate “daddy.”

None of this excuses men using that fetish to write rapey Christmas songs like “Backdoor Santa”, though. Let’s keep it appropriately-aged and consensual, please.

I guess one can see why some people would view Santa as the ultimate “daddy.”

What started out as a reflection exploring why Santa Claus was sexualized in the first place, has turned into something unanticipated. I now find myself riding a different train of thought – one that wonders, what if Santa were female? Would she still be sexy?

One of my friends pointed out that if Santa were female, she would probably be aged down.

Another pointed me towards something known as the Madonna-Whore Dichotomy, which is often found in fiction and folklore. It poses that female figures can either be pure and respectable (aka child-friendly), or “bad” and sexy, but never both.

On the other hand, men can seamlessly walk that line. In fact, their child-friendliness is often one of the things that makes them sexy.

Intrigued, I asked a close male friend of mine to comment, and he claimed that the dichotomy had little to do with it when it came to older women. “Women are much more inclined to weight personality in their attraction to men, therefore, if an old man has the right kind of personality, they find him sexy. The fact of the matter is, men just don’t find old, white-haired women hot.”

Now I’m pissed off and would like to go drown myself in eggnog. So, I’ll leave you with a few of the worst “sexy” Christmas songs I’ve come across – written and sung by men of course.

Ignore the suggestive title (if you can), but when it comes to the lyrics, there’s no mistaking that this is one of the creepiest Christmas songs out there:

Later in the song, Carter sings,

I keep some change in my pocket, in case the children are home/
I give ’em a few pennies so that we can be alone 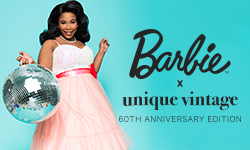 The third line of the song reads “It’s time for Santa Claus to make his midnight creep.” MIDNIGHT CREEP.

Now Christmas is for the children/
And I want them to be pleased/
But right now mom it’s Christmas Eve/
So make the pappy happy because/
Santa Claus wants some lovin’, do you hear me

Honestly, just the use of the word “pappy” is enough to make me want to never ever see or speak to a man again.

I’ll slide down your chimney and bring you lots of joy/
What I got for you, mama, it ain’t just a toy/
You can play with me baby, I’ll be your Santa too

Possibly the cringiest one I’ve heard, Keith Urban’s new seasonal single isn’t even blatantly sexualizing Santa, but romanticizing him, which I find even weirder.

I feel violated. Sorry, Keith, Cop Car was a tune, this just isn’t.

Now I’m pissed off and would like to go drown myself in eggnog.

I know, I know – sexism isn’t necessarily at the top of my holiday conversation-starter list either. But, it’s (almost) 2020 and we can do so much better. Just think about that.

On a more positive note, we’ve put together a list of 25 Christmas movies to get you into the holiday spirit and a winter care package for those of you who need some TLC this season. To stop the world from imploding, we need to fight against capitalism
Shruti Sardesai