In honor of this year’s New York Fashion Week, we’ve compiled a list of fashion documentaries that you absolutely need to see if you’ve got any interest in style or fashion. Even if you don’t have the slightest interest in fashion, just remember: documentaries are meant to be educate.

The good ones will entertain and suck you in… and there certainly are a few fashion ones that do just that, because these documentaries not only offer a glimpse into the lives of today’s (or yesterday’s) most talented and interesting designers, they also offer intellectual analyses on the meaning of beauty and fashion in our culture and the detrimental and problematic aspects of the fashion industry. Also, picking up a few fashion tips here and there never hurt anyone, either!

Instead of focusing on the glam life of the fashion industry, The True Cost focuses on the story of clothing – from the clothes we wear and the people who make them to the impact the industry is making on our world. This doc examines many of the fashion world’s unadvertised sins, from unregulated production that caused a factory collapse (killing more than 1,000 people) in Bangladesh in 2013 to the toxic waste spewing out by factories that produce disposable ferments.

Filmed in countries all around the globe and from the glam life runways in the West to the darkest slums in developing countries, it’ll ultimately make you realize who really pays the price for our clothing.

“Iris” – named after 93 year-old, Iris Apfel, follows her around as she continues to live her life as a ‘style icon’ – a title that was bestowed upon her in the 80’s.

This story is about creativity and how a soaring free spirit continues to inspire as she excitedly tells the story of her fascinating life, which includes overseeing the interiors of the White House – and a recounting of the moment in her younger years in which a woman took her aside and stated: “Young lady, I’ve been watching you. You’re not pretty, and you’ll never be pretty. But, it doesn’t matter. You have something much better. You have style.”

After watching this documentary, it’ll be very hard to forget the faces of the hollow-cheeked native Siberian girls who weary former model turned model scout Ashley recruits from a small village for a whirlwind trip to Japan full of empty promises and manipulation. Nadya, a girl of mere 13, is plucked by Ashley and dropped into the center of Tokyo with the promises of a profitable modeling career that will help her rescue her family from poverty back home.

While Nadya’s optimism grows despite the hardship she endures in Japan, her personality clashes against Ashley’s more jaded outlook about the industry’s destructive influence. Ultimately, this documentary and story resembles a hall of mirrors in which what you see cannot be trusted, perceptions become distorted, and there is no easy way out.

Very “Humans of New York” style, 85 year-old Bill Cunningham has been riding on his Schwinn bicycle through the streets of New York for many decades, taking candid shots of strangers and uptown fixtures for the Times’ Style section. Perhaps the most humble and charming character you’ll see on this list, the documentary follows him on the go and inside of his tiny studio inside of Carnegie Hall, which is lined with filing cabinets and photo boxes stacked to the ceiling – and no bathroom or kitchen.

His passion for fashion is very apparent throughout the documentary. Anna Wintour quips within the doc: “We all get dressed for Bill. It’s either one snap, two snaps, or no snaps… which is death!”

For those who didn’t know (like me), Bergdorf Goodman is an exclusive department store that sells luxury goods on Fifth Avenue in Midtown Manhattan in NYC (and is known for it’s famous eccentric window displays). Within this documentary, one can get an all-access pass to Bergdof Goodman as we see what it takes to run the over-a-century-old store – from finding emerging designers to the window displays.

There are constant celebs that pop in and out (Tom Ford, Olsen twins, Marc Jacobs to name a few), and Nicole Richie, Vera Wang, and the late Joan Rivers give commentary throughout. This is a great documentary if you, like me, dream about what you will do once you finally hit the Powerball.

The highlight of this documentary is postmodern pop provocateur Leigh Bowery – and it is truly an in-depth and revealing tribute to an outrageous and outlandish (in a good way) artist. More than just a fashion icon, Bowery was a queer performance artist, club promoter, actor, pop star, model, and drag queen.

This documentary proves that whether he was making toilet seat headdresses or giving birth to a full-grown women in a nightclub, Bowery influenced and defined London’s culture of outrage and influenced a generation of future artists and designers – as his avant-garde style constantly blurred the lines between fashion and performance art. 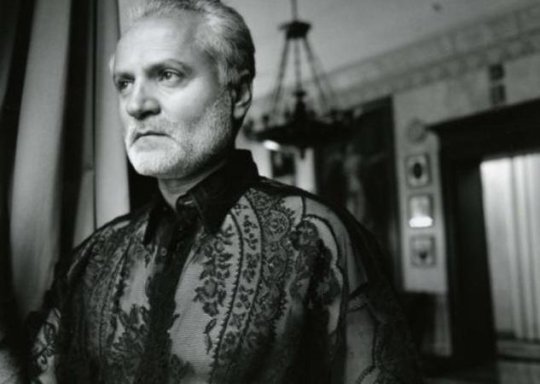 Many of us have heard of Gianni Versace. But what what many of us may not know is that the fashion icon was gunned down by Andrew Cunanan at his Miami home in 1997. This documentary aims to tell the story of Versace (which is one full of the late 20th century’s obsession with greed, fame, celebrity, and glamour) as it explores the events leading up to his death and the effects of it on the fashion industry.

This documentary juxtaposes the rise of the fashion giant from the glamorous world of Paris fashion to the drug-ridden underworld of gay America – and the ultimate culmination of his death. If that wasn’t enough, footage includes that of Versace’s Miami home, the designer at his fashion show just days before his death, and an audio of the phone call made when he was found dead on the scene.

For those who don’t want a documentary strictly about the fashion industry, this is a great doc depicting the life of the creator of some of Vogue and Vanity Fair’s most memorable images. It traces Leibovitz’s life from from childhood to the death of her beloved friend to her artistic self-realization throughout the years.

The doc also depicts the trajectory of her career from the tumultuous 60’s, touring with the Rolling Stones, a mentorship by Hunter S. Thompson, and, towards the end, capturing the last candid moments of John Lennon’s life with Yoko Ono. In terms of fashion, she continuously reflects on her work for the industry as well as fashion icons that she photographed throughout the years.

Self-made and self-taught, Diana Vreeland was one of the leading authorities in fashion through her eccentric skill and bold stylistic audacity. The doc guides you through this fashion pioneer’s long career from her troubled childhood in Paris up until she came to be a leading magazine fashion columnist and editor for “Harper’s Bazaar” for over fifty years – where she challenged preconceptions to present a new definition of beauty and vivaciousness where nice clothes were the beginning to something much, much deeper.

Always unique and unwilling to sit by idly after her famous position came to an end, she managed to gain a new museum profession to present clothing’s history – on her terms.

“Chasing Beauty” provides a rare glimpse into what really is behind the glossy magazine covers and glamorous runway shows – and the dark side of the fashion industry. The doc examines body image and the psychological effects of the beauty business on young women and men while also examines exactly what it takes to become a top global model – through sacrifices, challenges, emotional investments, and physical requirements.

The film follows many faces of the fashion industry from supermodels to photographers, agents, designers, plastic surgeons, makeup artists, and psychologists – all asking the question: what ultimately is beauty… and is it worth the cost?