Tasneem, who is also known as Tazzy Phe, is a business school graduate with a passion for filmmaking and media. However, she is most notably known for her YouTube Channel. Her popularity has grown due to her unique sense of humor and discussions on various taboo subjects through comedy and lightheartedness.

As she now boasts over 40k subscribers, the Tempest had the opportunity to sit down with Tazzy Phe to pick her mind about creating media, being a woman of color on YouTube, and what it takes to keep moving forward.

The Tempest: Give it to us straight: who you are and one thing people usually assume about you that isn’t true.

Tasneem: I am an aspiring filmmaker with a Youtube channel, a business school graduate, and am passionate about filmmaking and media. People often assume from my videos that I’m outgoing and friendly, but in real life, I’m quiet and reserved.

What got you started on Youtube? Have you always enjoyed standup comedy?

When I was a little kid, I used to use my parents’ camcorder all the time. Every time my friends would come over, we would put on a show and record it, and now I have all these old shows of people coming over and dressing up. When I went to college, there was one winter break when I was bored and my friends were traveling. I saw JusReign doing it [making videos], so I thought I could do it. So, I made a video and tweeted [him], and he liked it and shared it. It took off! I was still in college, so it remained on the backburner. Now I’m just trying to grow my channel.

Also, after he saw my first video, he messaged to try and see if we could collaborate. It wasn’t until three years later that we were connected through people at YouTube Space. Somehow, they got us out there on a grant, and we spent a week sharing the same production team. It was really cool, and it was all because of YouTube Space.

What kind of response have you gotten from your audience? How has it developed over time?

Many parents got offended by my Brown Parents video. There were a lot of people who say [negative] stuff, but not to my face. I get a lot of feedback from videos, and a lot of it has been mixed. It’s so visible that I’m Muslim – it’s not something I want to hide. Sometimes, the feedback is “oh, it’s because she’s a girl.” Just like any other YouTuber, the feedback is more positive than negative, but it’s easier to focus on negative when you’re reading the positive feedback and one negative comment stands out.

In my community, aunties come up to me and tell me they love it. Some uncles joke with me. A lot of people don’t think it’s proper that I’m 24 and putting on wigs. There are people who are extreme, calling it an issue when your neck and hair is showing.

What have been some of your biggest obstacles?

As an artist, as content creator, there’s a constant issue of what you want your channel to be. Sometimes, you overthink it, sometimes your creativity is stumped – so that’s definitely a challenge that anyone who makes any content has. [There are] lots of other challenges: I’ve had a hard time growing the channel. I have done things others have done, but don’t see the same kind of success – sometimes I do feel it’s because I look the way I do or because I’m a girl. Sometimes I think my stuff is shit – there’re a lot of challenges. I also think that since my family isn’t super about me doing this, navigating that [aspect] is a challenge.

I’m currently trying to keep up the momentum. I’ve been doing an old style of videos [where I] tell a story and add sketches in. The biggest thing with my YouTube channel is that it’s experimental – I find out if people like [my material] or not. This changed a lot about [my concept of] self – I can post whatever I want. If I want to post a video that’s a documentary type video, I can do it. I don’t have to limit myself.

What’s your advice to young women of color looking to get into this field? 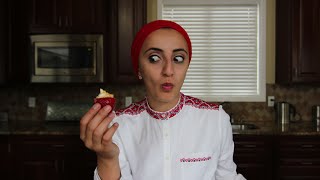 You really have to be persistent and tenacious. The thing about YouTube is that people think it’s about uploading funny videos and getting results. I can’t tell you how many people come up to me and tell me that they want to do so-and-so project and [think that] it’ll go viral. There are so many things against you, and you have to work harder than everyone else as a person of color. I know there are Muslim guy YouTubers, if I posted the [same type of] photos, it wouldn’t be the same [because I am a female]. Superwoman [Lilly Singh] had to work consecutively for a long time, but there are a number of videos she’s put up versus a guy [who has fewer videos, but the same success]. This doesn’t mean you can’t get there, but you do have to work harder.

This interview has been edited lightly for length and clarity.

We need to stop ignoring the suffering of Asian Muslims
Meet Robyn Smart, groundbreaking children's book author, mentor, and CEO
#Hack4BlackTrans is bringing visibility to America's most vulnerable
8 tips on how to make time for activism in college