G. Willow Wilson is an Muslim American comics writer as well as prose author, essayist, and journalist. Her first graphic novel, “Cairo” (2007), was based on the city in Egypt – where Wilson lived in her early 20’s. “Cairo” has been listed as the top graphic novel for teens by the American Library Association and School Library Journal. Following this successful endeavor, her comic series, “Air” was nominated for the Eisner Award, and her first novel, “Alif the Unseen”, won the 2013 World Fantasy Award.

Most notably, Wilson writes “Ms. Marvel”, a comic series depicting the life of 16-year-old Pakistani, American, Muslim, superhero Kamala Khan. The Tempest had the opportunity to sit down with Wilson and pick her mind about comics, diversity, Muslims, and more.

The Tempest: Give it to us straight: tell us your bio and one thing people usually assume about you that isn’t true. 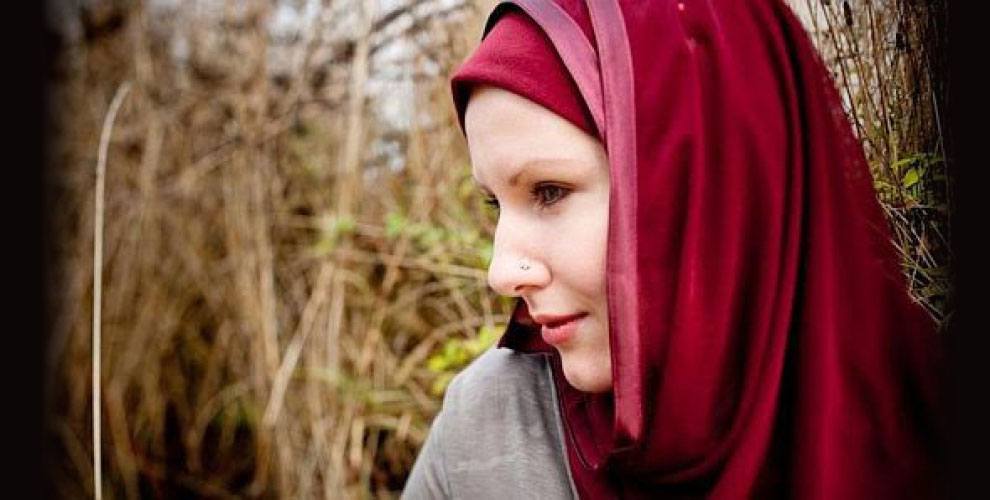 I would call myself a novelist and comic book writer, [and a] genre bender in that I like to put together different storytelling methods and different types of stories in unexpected ways. [As for] people assuming, [it’s] kind of a story. For a while, there was an expectation that new readers coming into the work would think I was rigid or evangelical, promoting a certain type of view or conversion. But the nice thing that I do in working with comics or literature, the very nature of [the] kind of stories I tell is that it undermines that. Now, I see that readers who come to me feel there’s an immediate intimacy, speaking from margins even though the story might be different.

Did you grow up reading comics? When did you start to notice that women and minorities were underrepresented in the superhero comics you loved so much?

When I started reading comics, [I was] 8 or 10. There was a public service announcement, an anti smoking X-Men announcement they handed out to us in fifth grade. I looked for it recently online, it’s got Storm and other X-Men trying to help this high school athlete taking up smoking with some bad kids behind the school. It must’ve helped, I never took up smoking!

What really stood out to me was the characters – they have these costumes and this nebulous job of fighting for good. Storm was my comic book icon – a strong female, [and the] first woman of color I saw in a prominent leadership role in pop culture. On my desk I have a Funko Pop bobble head of Storm sitting there, looking over me. X-Men had racial and gender diversity long before those topics [were] discussed in comics. When I got older and started reading those books that didnt directly address social issues, I noticed that hey, one of those things is not like the other.

There was some backsliding in the 90’s when people thought, “hey, we fixed racism and sexism so we can have a book with all white men or not include minorities or [display] derogatory sexual remarks towards women.” This was surprising to me, coming from a childhood X-Men obsession, [for they are] metaphors for those issues. All of these things are very familiar to those following presidential elections these years. Ironically, comics gave me the sense of what it means to fight for justice and, at the same time, frustrated me when they failed to live up to that high bar that was set for me for justice when I was a kid with the X-Men.

How do you think the current conversation around diversity and inclusion will play out in the comic industry? Do you believe it’ll have long lasting effects?

I think the conversations we’ve been having in comic book industry in past few years will change the future, reflect the zeitgeist – the culture as a whole. As you pointed out, ethnic diversity, gender diversity, and representation has become a big deal. That’s equally true in comics, [there’s] lot of vigorous discussion in social media [about] why we need to hear from broader spectrum of media and why that’s important. Then you have pushback from people in the media about why things have to change and why are you making trouble.

I’ve been very, very lucky to be a part of the conversation and [be able] watch progress unfold in real time. Hearing firsthand from readers, many of whom are young millennial activists that are a part of the Black Lives Matter movement or Third Wave Feminism, telling me that these types of stories aren’t being done, and they’re picking up the baton of civil rights – that’s extremely important. The stories that we tell, whether on TV or in comic books, are very important, because they shape the national dialogue.

The phrases and philosophies that we pick up aren’t from CNN, they’re from stories like Lord of The Rings or the first movie that really made us think. I don’t believe that millennial activists are wrong in saying that we have to have possibly uncomfortable discussions on the sorts of messages we’re sending through comics – and that’s incredibly exciting.

It’s full steam ahead for Ms. Marvel and gearing up for Civil War 2. [This] will affect all of the books in the lineup –  Ms. Marvel will be affected. I’m also close to finishing my novel, which is set in the universe of “Alif the Unseen”. Those of you who’ve read that will see one fan favorite character that you’ll be happy to met again.​ I have those two things on my plate so they keep me plenty busy, which is great.

What has the response been from those both inside and outside the American Muslim community in regards to Ms. Marvel? Have you been pressured to fit Kamala into specific parameters in terms of her faith? How do you believe faith plays a role in her identity?

So before the series debuted, there was a lot of understandable anxiety from the Muslim community about what this was going to be. A lot of us have become really skeptical about what it means to have a Muslim character in a movie or TV show. Oftentimes, what we consider positive depictions [are not] what a movie considers positive depictions. I don’t blame anyone who had that hesitation with the good versus bad Muslims – the good Muslims who grovel at the feet of the government and are ‘yes men’, [and the] bad muslims [who] are the terrorists.

Once the book came out, all of that went away. Twice bitten, once shy. Everyone thought it was going to be politically correct, going to be some kind of stunt, [which went] away after seven issues. When me and the two others sat down to make the issues, we knew the bar was set very high, but were not beholden to any tropes, [so we] could kind of play in our own little sandbox because of the Marvel Universe. We wanted something that felt authentic, reflected experiences of Muslim Girls in the United States – this was important to all three of us. This artist isn’t afriaid to make people look not always pretty with 36D boobs, plastic surgery – you can see there’s this kind of theme if you read comics.

For that reason, we knew that we didn’t want to put Kamala in the hijab, because the majority of Muslim women and South Asian women dont wear hijab as young women. Faith is an important part of her life, she takes grief from her peers, but she’s not a cookie cutter character that always does as she’s told – thats not the story we wanted to tell. We wanted to give young people in general something they could hang on to. If you show people that it’s all or nothing, you make perfect the enemy of the good. Most important to me was authenticity, to show to the best of my ability, what it would be like for a young Pakistani girl who loves her parents and faith, [but also] wants to fit in with peers.

Friends can often be cruelest ones, and we show that in the very first issue of the book – we show that in how she tried to be cool and snuck out to a party. We showed that she was vulnerable when she was made fun of and showed the good, bad, and ugly. We showed love. At the end of the day, it’s about a family, [and] love is what connects them. Love is very important to us [as well as] strong, supportive muslim men! It’s so important. We get so caught up on ‘concerns’ – politically convenient concerns about honor killings or whatever issue of the day is for muslim women, so it was important for me to show a loving muslim father. There’s a Sheik who’s not a jerk, and a brother who’s a conservative Salafi, [and] he might be annoying and make choices we don’t agree with.

It’s so rare to get invited by a large entertainment company to destroy stereotypes all at once. We’re going to go for broke. Nowadays we get issues like “why isn’t she wearing hijab?” Go to public high school in New Jersey and see that there, we don’t require everyone else to look like me to tell the story.

What’s your advice to young women  looking to get into this field?

I think the most important piece of advice from anyone trying to write came from Neil Gaiman a decade ago – number one: write, number two: finish things. If you can do that, you’re ahead of 90 percent of people who do write. It’s hard to sit your butt in the seat, have the fatigue. It’s tough to push through that, write ’til the end of sentence.

Once you’ve done that, [when] the story is on paper, on your computer, that’s when it gets a little bit trickier. The nice thing about the time we live in right now is that publishers are looking for new voices because the audience is asking for them. We have a good time right now. It used to be women from minority backgrounds don’t sell, etc., but the math is really changing. When you set up to start querying agents, editors, this will work in your favor. It’s an opportunity to change the balance – if there was a time, it’s now.

In comics, it’s a little bit trickier. If you want to publish a book, you send off query letters – you send off ten and get back three, it’s like applying to college.  Put your butt in the chair and do the writing, market research and what publishers are looking for. Then submit until you can’t anymore, until everyone has said no or one person has said yes. You only need one person to say yes. When I was first querying agents, I sent out five queries – this is unusual, as most have to do 10 to 15 – two said never, one said no, one said maybe and never wrote back, one said yes and has been my agent for the past decade.

Ultimately, don’t be discouraged by the no’s.

Disney's Aladdin is bragging about "representation," but we're still stuck in the desert
I live in India and love Hollywood. But why is it so hard for Americans to stop using awful Indian stereotypes?
The solution to climate change depends on CO2 emissions
The Siren is the Hollywood revenge thriller you should have read during #MeToo