Growing up, the only two Native American women I learned about were Sacagawea and Pocahontas. Of the 800 pages in my American history textbook, only about a paragraph or so was dedicated to them. Basically, I graduated high school with extremely limited knowledge of Native American women and their role in United States history.

Between the four of these women, countless armies were led, several battles won, and serious levels of badassery achieved. Pine Leaf, also known as Woman Chief, is definitely someone we missed out on learning in U.S. History. Born in 1806 to the White Clay (Gros Ventre) Tribe, Pine Leaf was a woman with a fearsome reputation and courage in her veins.

As the story goes, Pine Leaf was kidnapped and raised by the White Clay tribe at the age of 10, and grew to be an independent, strong warrior as a result. She became so respected in battle that she eventually became a leading warrior chief of her tribe for 20 years, earning the title Bíawacheeitchish.

Brown Weasel Woman, better known as Running Eagle, also won her name on the battlefield. She was a highly respected, incredibly humble member of the Piegan Tribe around 1825. By the time she was 15, she had already proved her mad hunting skills during buffalo raids.

After her husband was killed by Crow warriors in battle, she turned to the Sun Spirit to help avenge his death. Her warrior prowess allowed her to lead countless raids west of the Rocky Mountains. Offended by the fact a woman was leading the raids against them, the Flathead tribe killed her. But not before she made a serious tough-girl name for herself. Fierce warrior and skilled diplomat Awashonks became sachem, or chief, of the Sakonnet tribe in modern Rhode Island in 1674.

She and her tribe supported Chief Metacom when he broke a treaty with the New England colonialists after being humiliated by them for years. This conflict eventually led to what is popularly known as King Philip’s War.

The war ended in white victory, but not before Awashonks brokered peace between her tribe and the colonials again.

What I’m trying to say is: Awashonks was a badass. 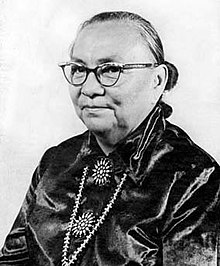 Annie Dodge Wauneka, born 1910, is known as a powerhouse and advocate within the Navajo community for improved education and health. In 1963, she became the first Native American to win the Freedom Medal for her efforts.

Her passion for healthcare was also clear from a young age. In 1918, an influenza outbreak took the lives of many of her peers at her boarding school. Despite her young age, Annie is said to have gotten right into the thick of things and assisted staff in caring for the sick.

When she got older, she became involved with the needy Navajo community, who inspired her to give back. She was also a member of the Navajo Tribal Council for a total of 8 years.  Yes, Annie, yes.

Y’all, why weren’t these women in my textbooks?

Their passion, dedication, and fearlessness would have been a refreshing break from reading about the antics of white-powdered wiggies.