On Tuesday, billionaire Donald Trump announced his run for the U.S. 2016 presidency. His naturally pompous attitude shined through at his campaign launch held in the glistening product of his success–Trump Tower. Along with making contradictory statements and boasting about his success, his overall unlikeable domineering presence was not amusing.

According to an average of the three most recent polls, 57 percent of Republicans have an unfavorable view of Trump.

2. He is an entertainer, not a politician

Trump has high entertainment value and his presidential campaign seems like more of a publicity stunt than a serious campaign. Besides, The Apprentice won’t be the same without him.

3. His viewpoints and plans  for America are flawed

In Trump’s speech, many of the statistics he presented were untrue. For example, he claimed that our GDP last year was below zero, that being the first time it has ever happened in history. Actually, the U.S.’s GDP been below zero 42 times since 1946. 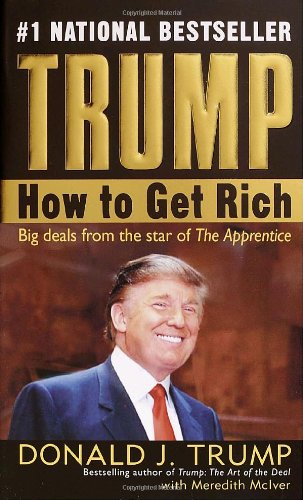 He owns a billion dollar monopoly, is in the top 1 percent of elites in America, and is notorious for firing people on television, making him very unrelatable to the general consensus.

Trump restructured $3.5 billion in business debt and $900 million in personal debt between 1991 and 1994. The U.S. is over $18 trillion in debt today. Trump will pump out money without thinking twice.

Is it possible to have a wedding ceremony that isn't sexist?
You don't want to hear this but your earphones are unhealthily loud
Do I count as a person of color if I'm Asian-American?
Avatar: The Last Airbender just broke records on Netflix